unfortunately, is a random reader, preferring literate mysteries, the odd novel, thrillers, and bestsellers in no particular order. You can follow her on Twitter, Instagram, or Goodreads.

Something Else to Think About

FIRST SENTENCE: "The ocean was singing in the hushed, undulating tones of low tide on this still, damp night."

THE STORY: Well-known actor Evan Hobbes is found dead in the rubble of a Malibu rock slide a day after a fake video ruins his career. 'Is it an accident, a suicide; or a murder?' With more deaths, Detective Nolan has a difficult case to solve.

WHAT I THOUGHT: P. J. Tracy is a good mystery writer with lots of readers, but don't start with "The Devil You Know" without reading the first two books. There are lots of characters to try to keep straight and bits and pieces of past stories revealed but not explained.

Descriptive words accentuate every thought and every event, seeming too pretty for a police procedural. If you are more interested in a story than in the fancy writing and if you aren't comfortable with wordy writing, this might not be a book for you.

BOTTOM LINE: RECOMMENDED If you are a fan of the Monkeewrench Series, you need to read copies of the first two books in The Detective Margaret Nolan Series and then read "The Devil You Know". P. J. Tracy is a pseudonym for the American mother-daughter writing team Patricia and Traci Lambrecht. They became New York Times bestselling authors in the process. Patricia died in 2016.

DISCLAIMER: I received a free e-copy of "The Devil You Know" by P. J. Tracy from NetGalley/St. Martin's Press/Minotaur Books for my honest review. 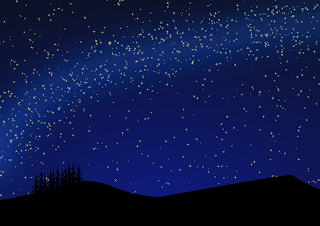 An Incomplete List of the Writers, Editors, and Great Literary Minds We Lost This Year

Email ThisBlogThis!Share to TwitterShare to FacebookShare to Pinterest
Labels: 2022, authors

Great Short Stories" is an incredibly valuable tool for book clubs and readers everywhere! Some authors/titles are well-known and others will be new discoveries. Author Kenneth C. Davis made sure to include "a broad diversity of writers and voices" as well as a variety of genres. The guideline for length is roughly 100 - 200 pages with exceptions.

I am a member of two book groups as well as reviewing for NetGalley so I was delighted to see "Great Short Stories", a guidebook for "A Year of Reading - Briefly". In his introduction the author discusses the issue of time for readers in our society and how the idea to curate short stories came to him. There actually are fifty-eight entries in alphabetical order listing the title, the author, and year of publication with basic information including the opening paragraph, overview, author's bio, why you should read the book, and what else to read from that author. There are lists of entries by the author's last name, dates of publication, additional lists of short stories, and more.

HIGHLY RECOMMENDED for any book group looking to find new titles or any reader who wants to know what to read next.

Thank you to the author, publisher Simon & Schuster, and NetGalley for an early copy for an honest review.


View all my reviews

Our lives today are filled with quantity, which perhaps explains why readers shun longer books demanding more of our time. Not bothering to check the number of pages (560), I was drawn to "Fellowship Point" because of the older characters. (Also I grew up in Philadelphia vacationing summers in Maine, locations where the book is set.) Before I got very far into the book, I debated whether to continue but I picked it up again. Alice Elliott Dark has changed how I will be selecting books in the future. Quality first.

FIRST SENTENCE: "Such a perfect day for writing, gray and quiet."

THE STORY: Two eighty year old life-long friends decide it's time to make arrangements for the beloved summer land their families have owned for generations on the Maine Coast. Should the land be saved or developed?

Agnes is a famous children's author, who has never married, while her best friend Polly chose marriage and family. How is it that after all these years they end up on opposite sides of the proposed ownership of Fellowship Point?

WHAT I THOUGHT: Scattered with literary illusions and some lovely and not so lovely thoughts about aging, this is an insightful examination of women's lives. Parts of the story are told through journals and letters moving back and forth in time slowly revealing the secrets of the past. There are life lessons to be learned from the complicated, beautifully drawn, layered characters. The author has great insight into these two women, who are still worthy of the lives they've lived and the people they've loved. The writing is gorgeous; the cover is beautiful; and the ending is perfect.

BOTTOM LINE: HIGHLY RECOMMENDED for those who still find time to savor elegant novels. The book is a little overlong for today's reader.

DISCLAIMER: I received a free e-copy of "Fellowship Point" by Alice Elliott Dark from NetGalley/Scribner for my honest review.

Magic to Do: Pippin's Fantastic, Fraught Journey to Broadway and Beyond by Elysa Gardner
My rating: 5 of 5 stars
On Sale: November 1, 2022

Stephen Schwartz has won many awards for his musical theater creations including "Pippin", "Godspell", "Wicked" and many more.

In 1964/5 Stephen Schwartz was a freshman and I was a sophomore in the Drama Department at Carnegie Mellon University, where he spent time in the practice rooms playing music while I was next door sewing in the costume shop for the next main stage production.

My 'so-called' career skirted the edges of many of the memories in Elysa Gardner's fascinating insight into musical theater and the complexity of getting to what is hoped will be a successful Broadway run. There were so many recognizable names and places. I stayed at a famous old hotel in New York City that was mentioned. My drama teacher was quoted. I saw the production of "Godspell" at the Ford Theater. And on and on.

Learning about the problems of a young Stephen Schwartz, who wanted to stress the singing, battling the legendary Bob Fosse's emphasis on dance, led to a discussion of how Broadway shows have changed over the years. Today we have triple threats: performers who can sing, dance, and act. "Pippin" and "Godspell" pointed the way to a less traditional musical theater eventually leading to the rock musicals offered today.

A lot of information one might never seek, turns out to be surprisingly interesting. The author has included the people who work behind the scenes and how they create the magic eventually seen onstage.

On YouTube you can check out some of the performances. My favorite is the original "Pippin" opening number with Ben Vereen, the black background, and the white gloved hands hanging in space.

I have always felt a close connection to "Pippin" since a community production used my duck (a puppet) as THE duck. He has a place of honor in my office.

Thank you, #NetGalley/#Rowman & Littlefield, Applause for an honest review! It was a pleasure to read and review!

FIRST SENTENCE: "All this happened, more or less."

Intending to read the first sentence or two, instead I continued on to the end. I'm still not sure what to make of Anna DeForest's first novel "A History of Present Illness". Who is the audience for this literate book composed of short, well-crafted sentences that reads like a memoir? (Descriptions and some discussions could be disturbing.)

Someone suggested that only those involved in medicine would appreciate such a book, but my fascination was with how my life has changed since I was swept up in that world as a patient. Now I have the other side of the story. Now I have some insight. Now I can put together a history of my own present illness.

Following an unnamed narrator through her first year as a medical student, her random thoughts are like listening to a friend tell you what defines life. The humor is macabre and subtle. I'm thinking I will need to read this again if only to revisit the many sections I highlighted. There is so much to think about, so much to absorb.

DISCLAIMER: I received a free e-copy of "A History of Present Illness" by Anna DeForest from NetGalley/Little, Brown & Company for my honest review.

The Ghost Writer by Philip Roth
My rating: 5 of 5 stars

Not at all what I expected. The writing demanded attention. The story line demanded thought. Who knew I would discover Philip Roth this late in life. If you want to just get a taste for Roth, "The Ghost Writer", which is under 200 pages, is a quick but important read.