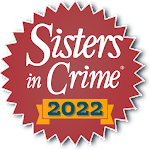 unfortunately, is a random reader, preferring literate mysteries, the odd novel, thrillers, and bestsellers in no particular order. You can follow her on Twitter, Instagram, or Goodreads.

Something Else to Think About

Murder on the Hoof: A Mystery by Kathryn O'Sullivan
My rating: 4 of 5 stars

One of my favorite things is to have a new book in my hands (or on my Kindle). Considering how terribly cold and snowy it has been, I was more than excited when I received an advanced reading copy (ARC) of Kathryn O'Sullivan's sequel to FOAL PLAY. After all, the setting is once again a picturesque North Carolina beach village and it's August!

Using the Wild Horses of Corolla as a center piece, both stories feature Colleen McCabe, the Fire Chief and her budding relationship with Sheriff Bill Dorman. Throw in a host of eccentric locals (this time involved with putting on a community theater production to raise money for the horses), a famous actress in town to film a movie, a couple of unexpected deaths, and you have a delightful beach read. (The book goes on sale May 6, 2014.)

Much like the popular television program MURDER SHE WROTE, O'Sullivan's storytelling is on solving the puzzle. But while Cabot's Cove doesn't actually exist, Corolla and its horses are real. Road trip anyone?

You can read either book as a stand alone, but I suggest starting with FOAL PLAY, which was published as a result of winning the Malice Domestic Best First Traditional Mystery Novel Competition last year. These are quick reads and we're all going to be waiting to see what the author comes up with next!

Kathryn O'Sullivan is a playwright, co-executive producer/creator/writer of the multi-award-winning Western web series THURSTON (www.thurston-series.com) and a theatre professor at Northern Virginia Community College. She lives in Virginia with her husband, a director and cinematographer, and their rascally rescue cat, Oscar.  Her play MOVING DAY will be published in "The Best Ten-Minute Plays 2014" by Smith & Kraus, Inc. (Source: Good Reads)
Posted by Ann Holt at 2:05 PM